Every 37 minutes, a woman in this country dies from ovarian cancer
. . . Most could have survived.

Ovarian cancer is the leading cause of death from gynecologic cancers in the US.

It is the fifth leading cause of cancer deaths among US women.

Almost 32 percent of women diagnosed with ovarian cancer are 54 and older.

1 in 79 women will develop ovarian cancer in her lifetime.

Historically, ovarian cancer was called the “silent killer” because symptoms were not thought to develop until the chance of cure was poor. However, recent studies have shown this term is untrue and that the following symptoms are much more likely to occur in women with ovarian cancer than women in the general population.

Women who have these symptoms almost daily for more than a few weeks should see their doctor, preferably a gynecologist. Prompt medical evaluation may lead to detection at the earliest possible stage of the disease. Early stage diagnosis is associated with an improved prognosis.

​We believe that every woman deserves to know the symptoms of this disease. This knowledge is her chance for an earlier diagnosis . . . in fact, her right to survive. 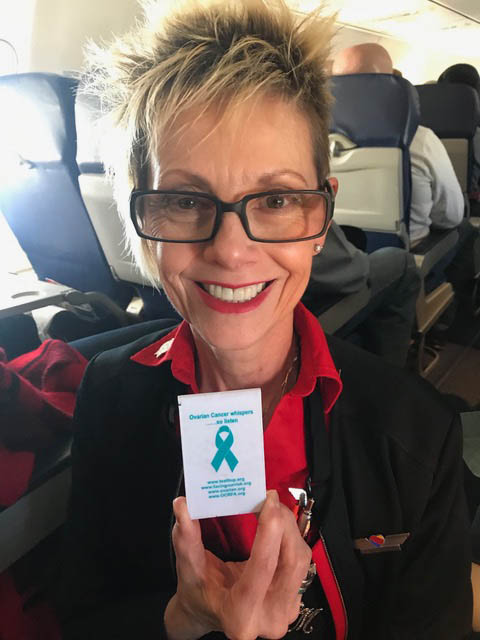 … You can too!  Please share these warning signs with your family, coworkers and friends.