There’s a poem by Dr. Robert L. Lynn – What Cancer Cannot Do. In it, Dr. Lynn assures, for instance, cancer “cannot cripple love. It cannot shatter hope. It cannot corrode faith. … It cannot destroy confidence. It cannot kill friendship. … It cannot quench the Spirit.” But stage 3C ovarian cancer survivor Shelly Longenecker shares what cancer CAN do. Cancer allows a reset, a do-over, a second chance. “You’re looking at Shelly 2.0,” she offered.

Ovarian cancer is notoriously difficult to diagnose (one reason being early-stage symptoms are subtle to none), and this is exactly Shelly’s experience, given her tumors were too small to be revealed in a CT scan. In 2018, she visited her Ob-Gyn with typical symptoms – bloating, digestive issues, pain, actually “every ovarian cancer symptom,” even had a Pap, which doesn’t detect ovarian cancer (even Shelly erroneously thought she was given the all-clear from cancer since she was unaware the Pap didn’t detect ovarian cancer) and was advised it was menopause or maybe celiac disease, so eliminate oats in her diet. 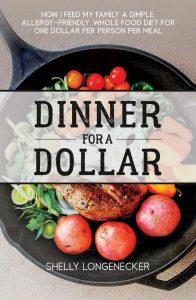 In the meantime, Shelly, currently 45, was busy writing a book – Dinner For a Dollar: How I feed my family a simple, allergy-friendly, whole food diet for one dollar per person per meal – getting it published and launching her brand months prior. (Interested? See DinnerForADollar.co) She was already mindful of the impact of diet on health, having a son with autoimmune disease and requiring special nutrition, but she was willing to dig deeper and further modify her own diet to make it even cleaner, healthier.

While living her life, promoting her book, in April 2019, her primary care physician at last diagnosed her cancer. It was an educational flyer – in which Shelly discovered she had literally EVERY single ovarian cancer symptom – that led her to another doctor and her diagnosis. She stressed the information is out there and to please educate yourselves, your mothers, your daughters. And listen to your instincts! Don’t just take the doctor’s word if you think it’s not right. By December 2019, Shelly was cancer-free, but the journey was onerous. 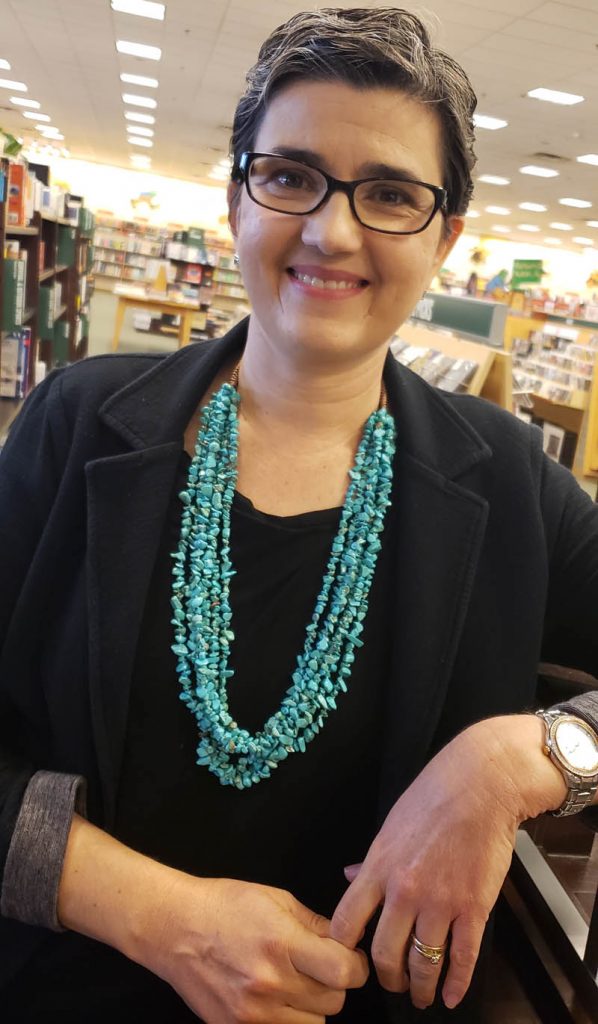 Shelly’s first step was surgery – the surgeon indicated a 100% chance of death if she didn’t have a hysterectomy.  An additional choice was the HIPEC procedure, which Shelly opted for. “Hyperthermic intraperitoneal chemotherapy is a cancer treatment that involves filling the abdominal cavity with chemotherapy drugs that have been heated. Also known as ‘hot chemotherapy,’ HIPEC is performed after the surgeon removes tumors or lesions from the abdominal area. Though it was a really hard recovery, it was the best option for me,” she explained. “I chose it because the stats on it were sound – early research shows it increases the amount of time spent cancer free, although it doesn’t really decrease recurrence rates OR death rates. But, given the ages of my kids, time spent cancer free is a treasure to me.” (HIPEC is not a treatment suited for everyone with ovarian cancer and is used only in certain conditions. But for Shelly, given her outcome, it truly was the optimal option.)

With a mental-health therapist background, Shelly knows the power of the mind. Additionally, she is grounded in faith. Knowing pain is a warning, she thanked it for the heads-up. Then, she created pain-management exercises for herself. She visualized being on Shark Tank, pitching herself. She saw herself on Rachael Ray until she realized she’d never seen the show! It took time but she realized she needed to fully release what was out of her control … and take control of what she could. Shelly opted out of pain meds, so instead chose what could also help – drink water, rest, pray, journal, talk to a friend.

Of course, who doesn’t feel sorry for herself when learning the Big C has taken residence in her world? Upon her diagnosis, Shelly fell into that depression, that “black” period. After all, after being a stay-at-home mom for 17 years and subsequently getting out there and being a career woman, “I was having the time of my life!” Then a friend posed, “Why can’t you keep having the time of your life?” It was an ah-ha moment. Her life was not over. Shelly chose to “press into the blessing.” And she’s learned a lot from her experience. “Be your own advocate!” she encourages. “If you don’t get a good response from your doctor, get another doctor.”

The recent passing of Lakers Kobe Bryant gave pause to Shelly. Using her Facebook page as a platform she wrote:

I was going to post this later this week, but Kobe Bryant’s unexpected death leads me to write it today.

Last night, we were going to our kids’ award banquet when I saw this wall. It startled me and I stopped promptly in my tracks. Here we were, out for a night of celebration, being asked “What do you want to do before you die?”

But not a question I am a stranger to these days. One of the greatest gifts cancer gave me is that it forced me to face my own death – head on – several times. With that, I was also able to face my own life. Was I living the life I wanted to live?

More importantly, was I living the kind of life I wanted to die from?

When I leave this earth, when I take my final breath, will I have lived the life I was created to live? Could I face my Creator and say that I had honored Him with my life? That I had loved well and loved deeply?

As I asked these difficult questions and answered them with difficult answers, I realized I had NOT lived fully the life that God had called me to. And I did what is one of the most powerful things I have ever done.

I sat down and designed the type of life that I want to die from.

None of us know if we will get a warning before our final breath. We only know that one day, we will take it. One day, we will die. None of us is getting out of this alive. But we can take the circumstances of others and use that as our prompt for self-reflection. Use my cancer if you like as your warning to stop.

Stop and ask yourself the hard questions.

What do you want to do before you die?

Who do you want to be before you die?

What type of life do you want to die from?