Ovarian Cancer? You can NOT be serious!

Jan Coggins was diagnosed in April 2010 with Stage 3C ovarian cancer. She underwent a debulking surgery and 18 weeks of Taxol and Carboplatin. In 2012, she recurred, had another surgery and began treatment of Carboplatin and Avastin. She remained on Avastin for four years. Jan was then genetically tested and found negative for BRCA I and II; but in 2014 her Gyno-Oncologist retested her and found newly discovered mutations.

Jan was positive for PALB2, which puts her in a higher risk for breast, ovarian and pancreatic cancers. In 2017 she underwent a bilateral mastectomy as a preventive measure. She is currently enrolled in an early detection program for pancreatic cancer at Piper Cancer Center in Scottsdale, AZ.  Jan believes genetic counseling and testing is critical to one’s healthcare. Jan gives her healthcare team much credit for being so forward thinking. Also, Jan relates that both her sisters were genetic tested and they were found to be positive for PALB2 and are taking proactive measures because of this information.

THIS IS THE NOW. I am still here. Call me blessed. Call me determined. And yes, call me very grateful. Now call me a writer because I need to share my story.

I have been diagnosed with the fifth most common cancer killer of women: ovarian cancer. I have broken through to a brighter time. My mission now is to increase the likelihood that many more stricken-women, may also live beyond the onset, diagnosis, and treatment of ovarian cancer.

This book begins with my story of being here as a survivor. I love to meet other survivors because they are like instant family. I often hug them simply because we have walked the same path.

For me, having cancer is real, and I embrace it as being part of who I am now. Just as I believe that each time Moses spoke of God, and Paul spoke of Jesus, it deepened their relationships with God. So it is with me. Telling my story often helps keep me in touch with my true self and with my God. Cancer may be part of me, but I am more than just cancer. And I refuse to give it more power than it is due. 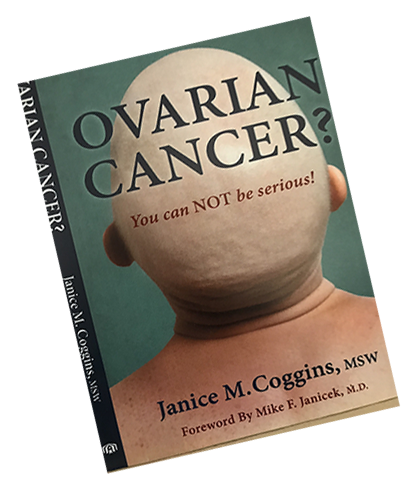