Our latest “Survivor Story” continues with Cristan Creasy … we hope you enjoy her story as much as we did! 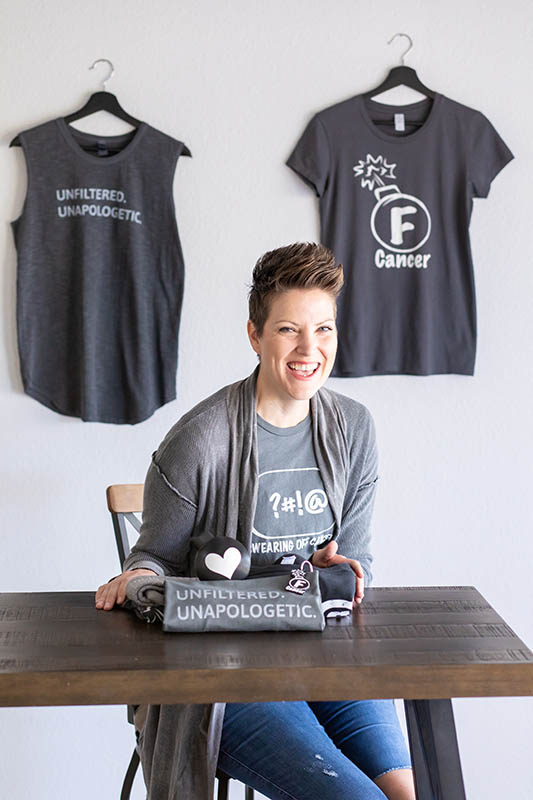 Some people stand up to cancer. Others, like Cristan Creasy, cuss it out, wrestle it to the ground until it cries “uncle” and refuse to let it dictate how she lives her life.

An Illinois native who has been in Arizona since 2016, Cristan was diagnosed with ovarian cancer at 36. She battled endometriosis, suffering from swelling and just not being able to function before opting for a partial hysterectomy. Being only six months in at her new Scottsdale home, Cristan traveled back to Illinois for surgery, only to learn she had stage one ovarian cancer. Endometriosis and ovarian cancer can (and often do) share similar symptoms. “It was by chance and by choice this cancer was discovered,” she said.

Cristan didn’t want to suffer from side effects of traditional cancer meds, so she researched alternatives. “I’m kind of a hippie,” she laughed. She still had to go through 6 months of chemo, but her oncologist was able to tailor the treatments to one drug versus the traditional two drug combination. Eventually, however, she did go on to have a radical hysterectomy. The good news is, she’s been in remission for two years!

Though Cristan experiences the dreaded “chemo brain,” which can be a little bit of a benefit when watching movies she’s already seen yet can enjoy anew, she tapped into her creative side to cope. “Cancer is life changing, and sometimes you just need to get out what you’re feeling,” she explained.

The graphic designer put those feelings to paper as she sketched her ideas that would eventually end up on her F Bomb Cancer apparel line. “Yes, it means exactly what you think!” Cristan assured. Her mission at swearingoffcancer.com is to encourage those affected by cancer to express how they truly feel. Unfiltered. Unapologetic. Exactly as it should be given cancer doesn’t discriminate. It doesn’t show favor. It’s often sneaky and relentless and deserves no less than being f-bombed out of existence!

Being a cancer survivor, Cristan knows niceties go a long way, so she was mindful to print her F Bomb Cancer shirts on 100% cotton. They are soft and never itchy! Because her goal is wellness for all, she is certified as a yoga teacher. “Yoga helped me cope.” She’ll do in-home sessions but also teaches at the Virginia G. Piper Center in Scottsdale. Cristan stresses it’s okay to just take care of yourself. Women tend to be the caretakers of families, but she says it’s good to relax when you don’t feel well. Sound advice indeed.

Another blessing was her support system. Going through chemo was not the somber experience one might think. “We were all women having chemo treatments and we’d talk and giggle!” Cristan also has two pugs who assured she was loved throughout her ordeal. And of course, her high school sweetheart who became her hubby in 2001 was by her side every step of the way. “He came with me every chemo session, and it was so sweet, he made sure I ate scrambled eggs every morning, even when food was not very appealing.”

Recently Cristan was selected as one of the “100+ Women You MUST Know and Do Business With” on behalf of KNOW Phoenix Book 2019 in it’s On the Rise section.  Says Cristan, “I am truly humbled to be a part of such an amazing group of strong women entrepreneurs and beyond excited to join the Tribe!”

Many words can describe Cristan Creasy. Bold. Vivacious. Survivor. Generous. Through Swearing Off Cancer, she partners with Colleen’s Dream Foundation, the Joy Bus Make-A-Wish Arizona and of course, Teal It Up. She definitely inspires others to cuss out cancer! 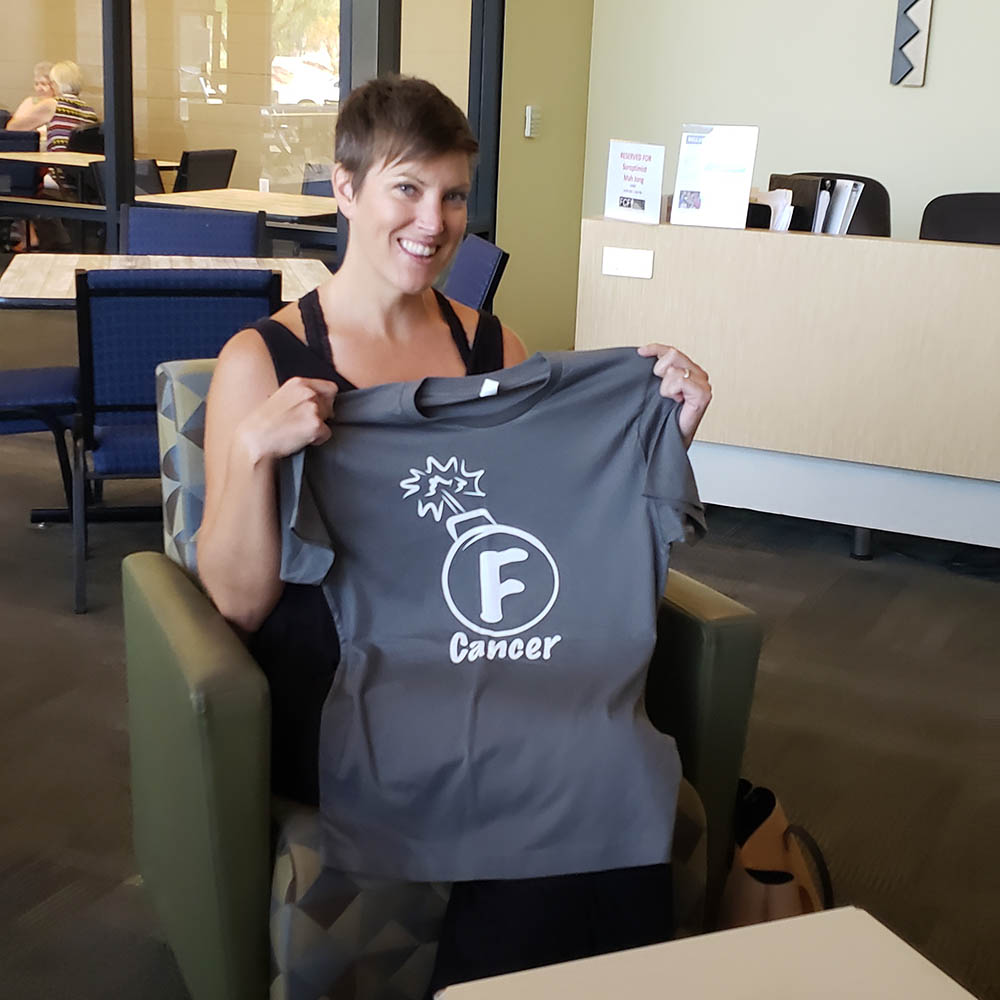 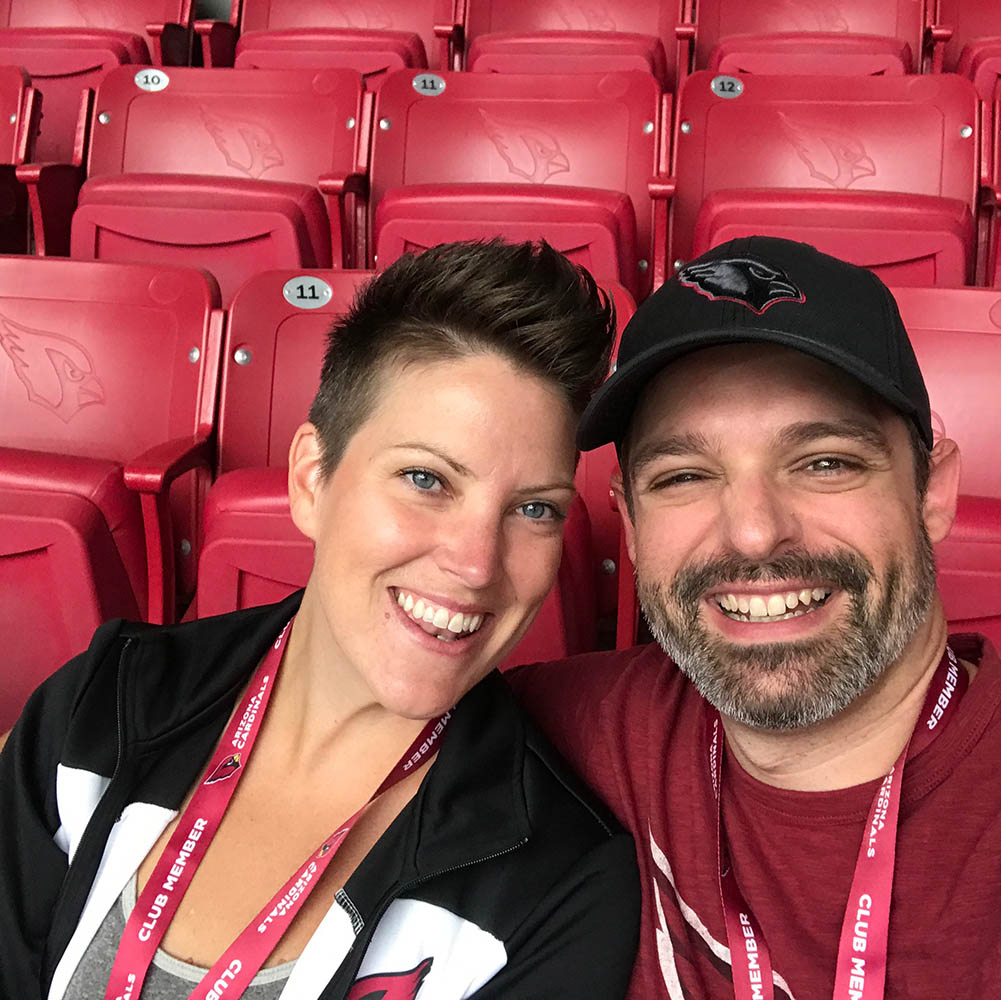 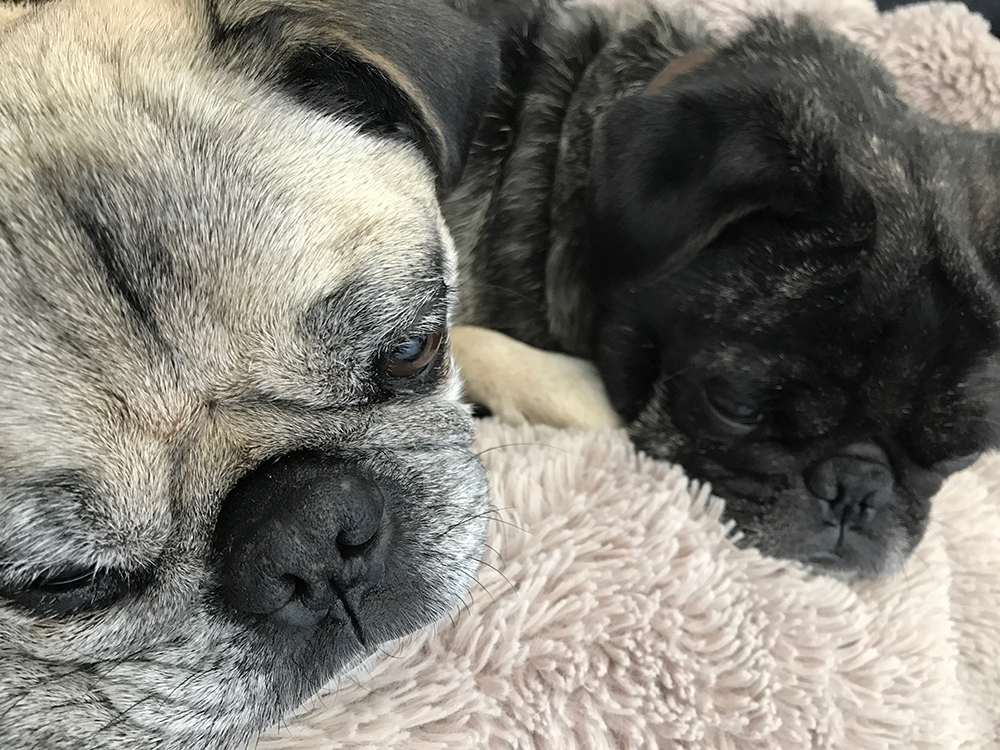 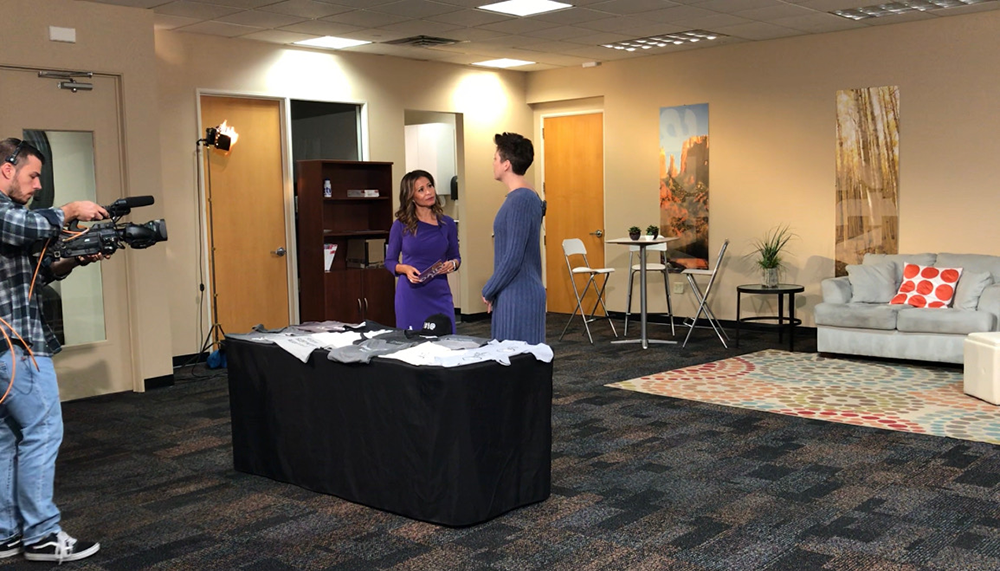 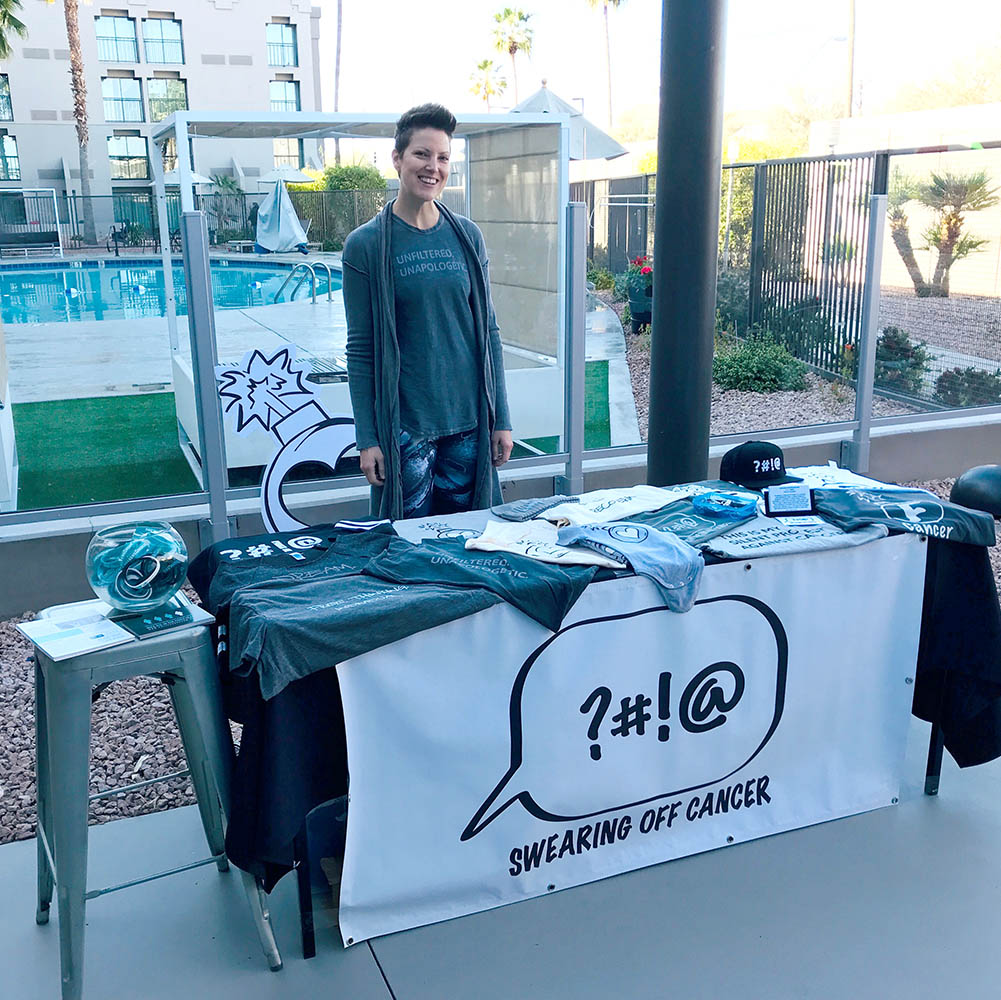 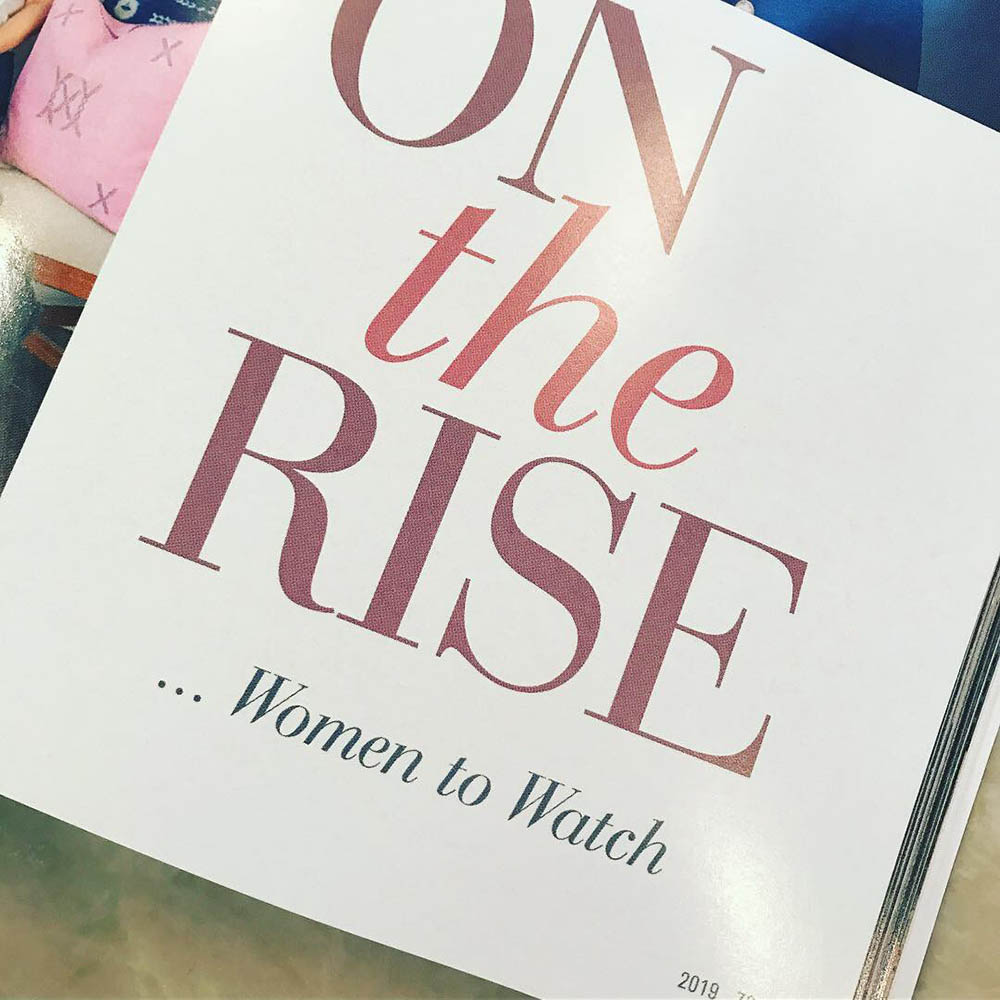 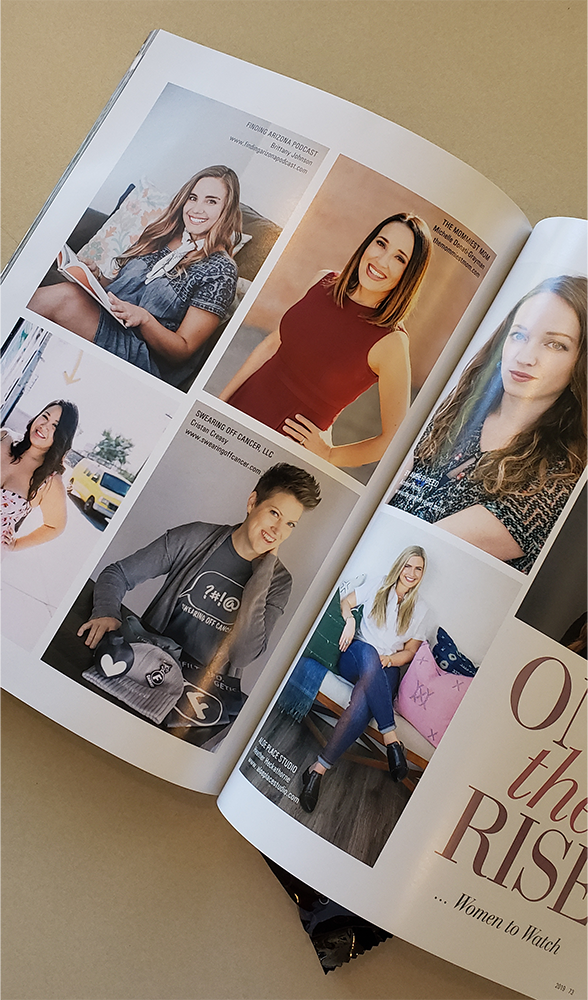 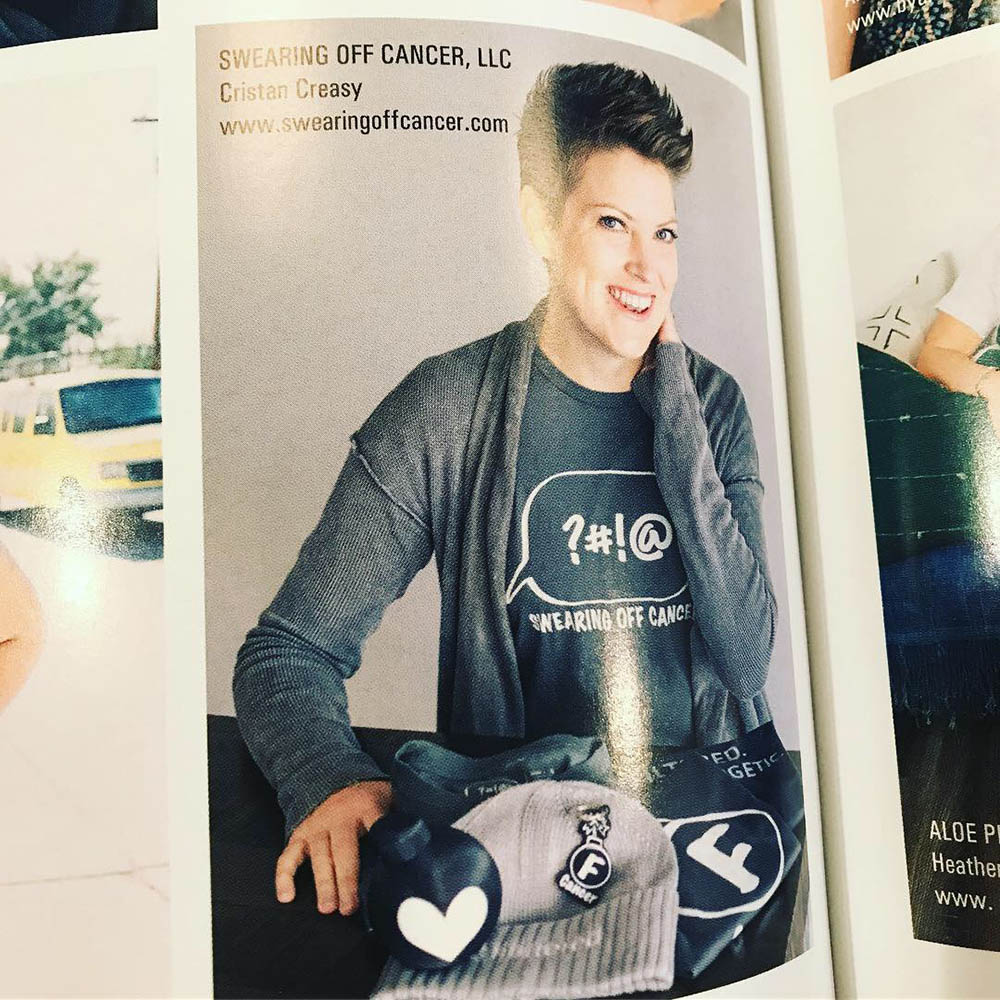 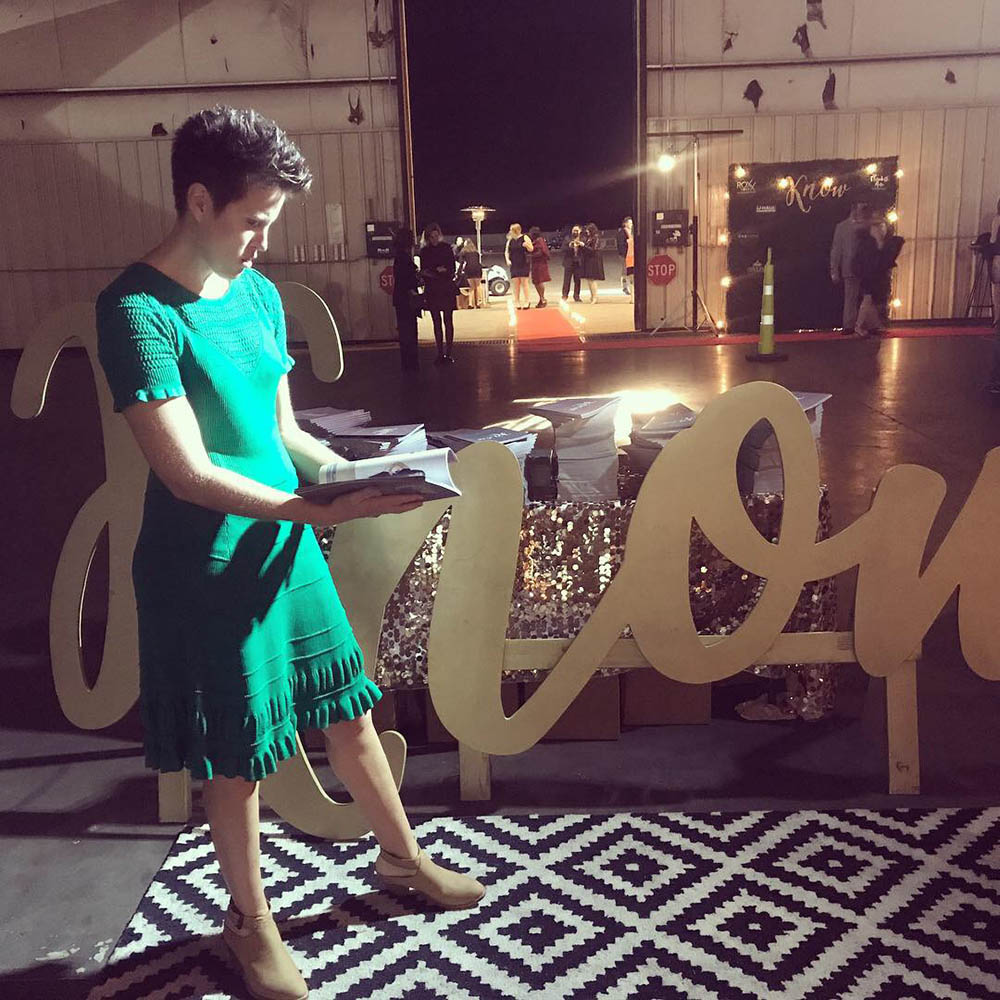 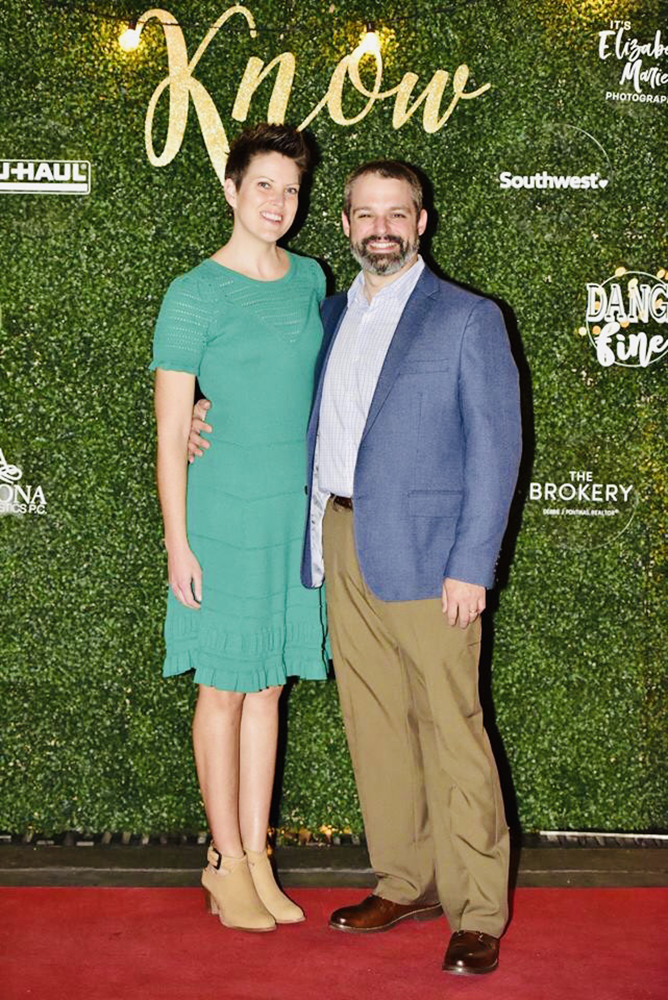 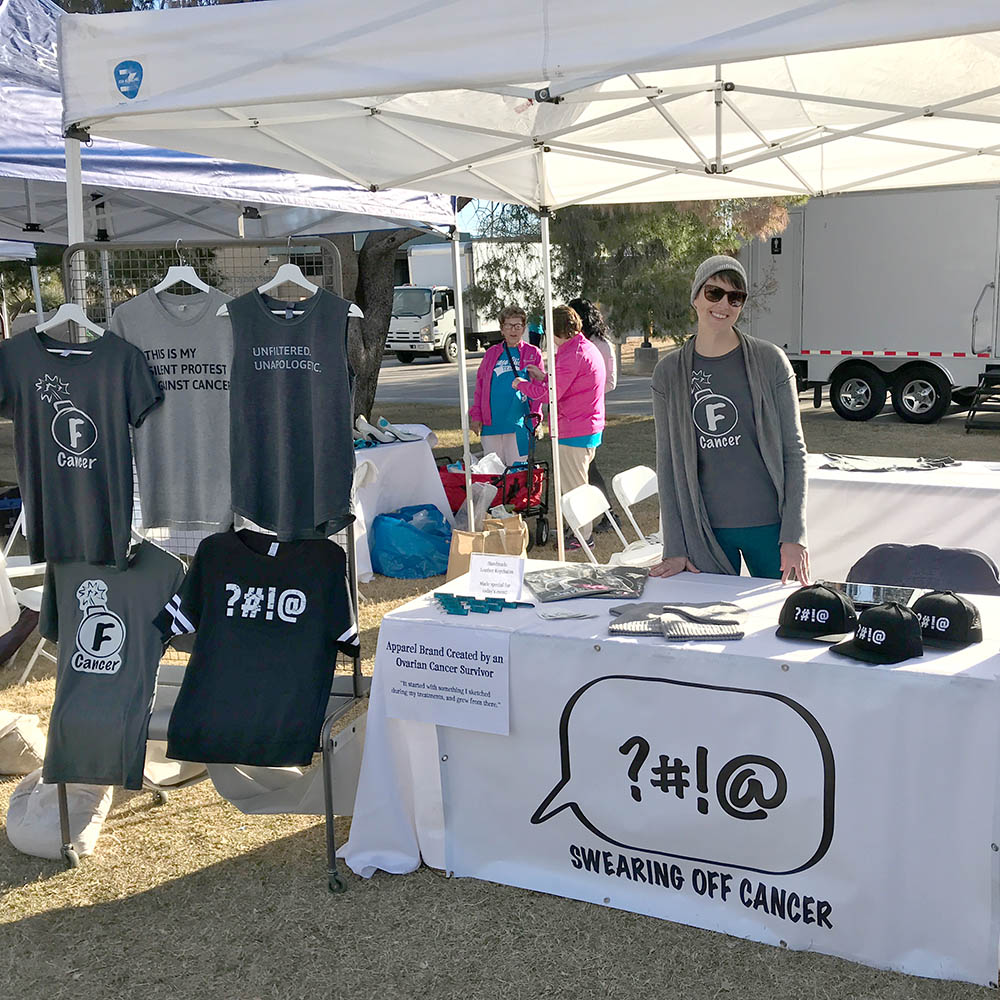