This is the first in a new Series we’ve titled “Survivor Stories.”  We hope they bring you inspiration and encouragement. 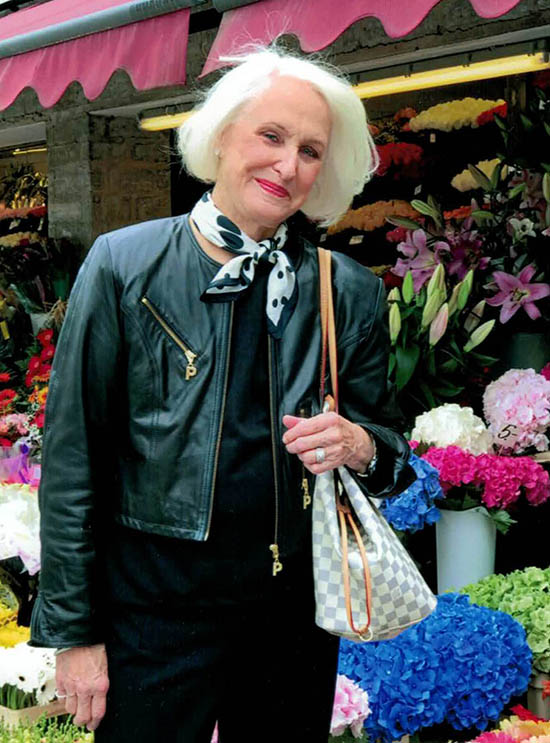 Cancer diagnoses can be paralyzing. But for cancer-free-since-2015 Jeanne Livingstone, she said, “I never asked why me.” She had a family history, both parents having succumbed to the disease. “I figured I was going to get it.” She also insists the challenges she’s faced in her lifetime have made her stronger.

Family and friends would say Jeanne is blessed. Married at nineteen, she subsequently had two children. Her daughter, however, would be diagnosed with kidney issues. Ever the mama bear who would do anything for her kids, Jeanne donated one of her kidneys when she was 57. Her daughter lived for five years after the surgery. While the couple tended to their daughter, Jeanne’s husband was stricken with cancer. He died six days after their daughter in 1998.

It was 2005 when Jeanne learned she had ovarian cancer. “I was feeling bloated, so I went to my GP and told her I wasn’t feeling good.” She ended up taking Tagamet, as suggested, but “it didn’t help.” Ultimately, Jeanne was sent for an ultrasound, only to discover she had a mass that turned out to be cancer.

That was not, however, the end of her story. Seven years later, as cancer is known to do, it came back in the form of breast cancer. She refused chemotherapy, fearing it may damage her only kidney. She opted for a double mastectomy and declined reconstructive surgery. “They don’t define me,” Jeanne assured (to cheers from women everywhere!).

Challenges. At 85, Jeanne has faced them. She’s beaten them. She wakes up not dwelling on cancer. “I don’t think about cancer until before an appointment. If I am fine, I go on as if nothing is wrong. I live in the moment. Every day is a new day.”

New days include extraordinary events. In early 2019, she explored the Great Wall of China; she’s been to Russia. Jeanne has always had a love of adventure; her age has never been a hindrance. As a matter of fact, she embraces it. She LOOKS the part of living well. Just stepped out of a Hollywood role, some might say! (Despite dedicating years of her life to being a caregiver, Jeanne knows the value of taking care of herself, so she does.) Truly, the only thing she doesn’t have time for is negativity.

In addition to a wonderful attitude, Jeanne credits daily exercise. She attends church every Sunday. “I am a very spiritual person.” She’s done yoga for nearly twenty years. “Yoga teaches you to live in the moment.” A positive mindset also helps. “We always did something good when we had to do something bad.” Something good can be as simple has a shopping spree, a glass of wine or even a candy bar to offset a biopsy or a chemo session.

Jeanne doesn’t discount the power of pet therapy. She is currently claimed by a rescued Cairn terrier called Riley. “I would be very much alone without my dog,” she shared. Despite his initial “pathetic” appearance with one ear up and one ear down, Riley has stolen Jeanne’s heart. Together, they live in the here and now, fight the good fight side by side and refuse to be defined by cancer or mismatched ears. 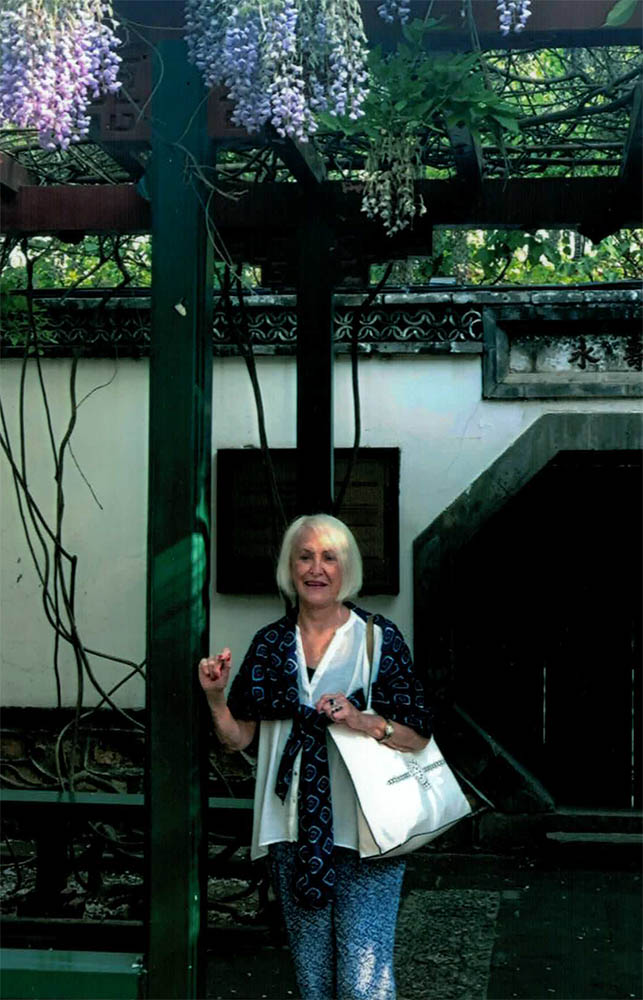 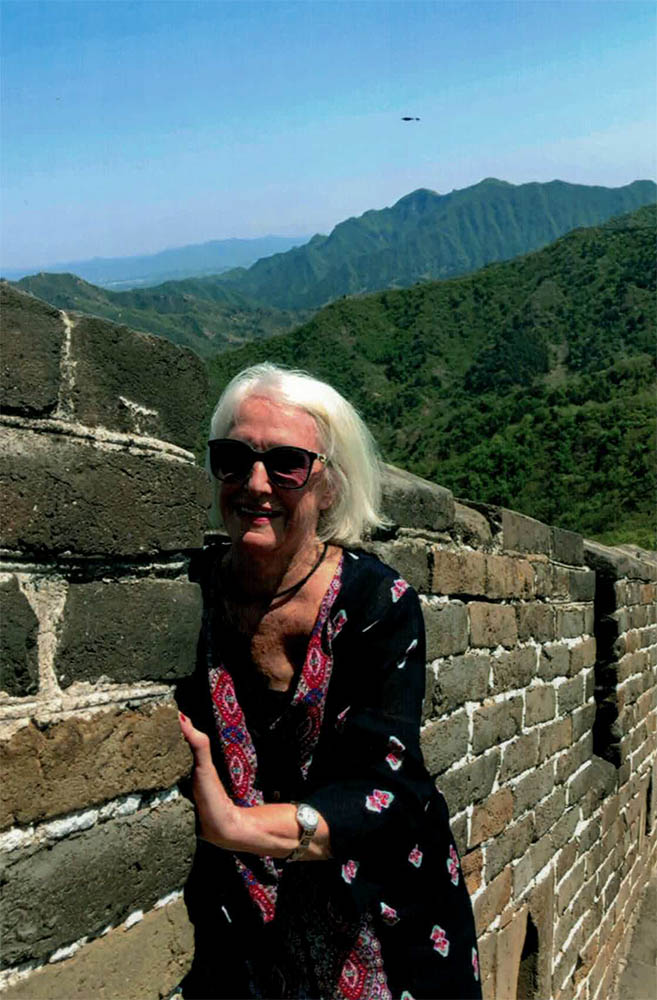 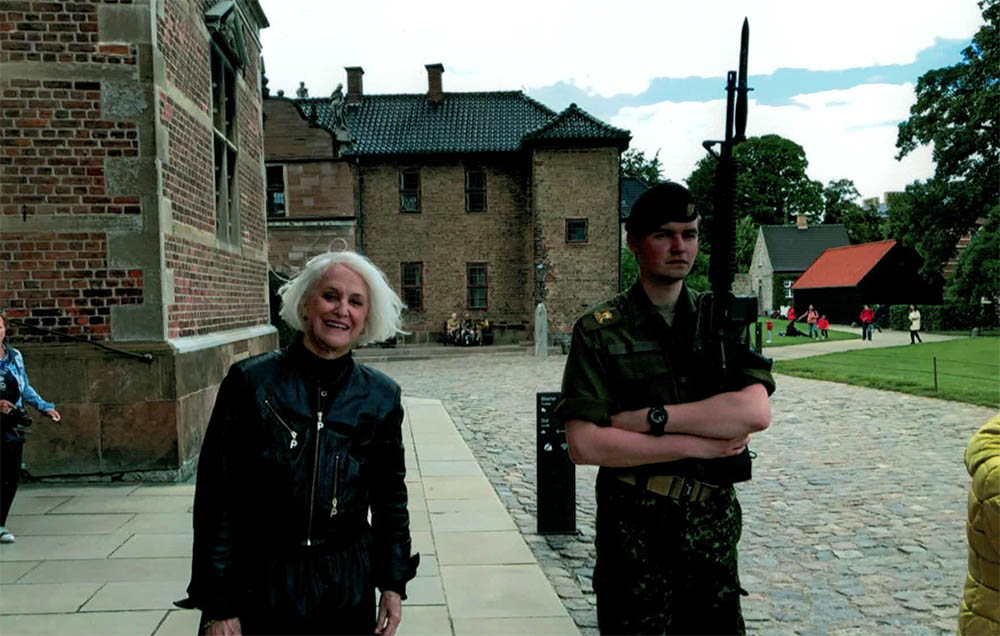 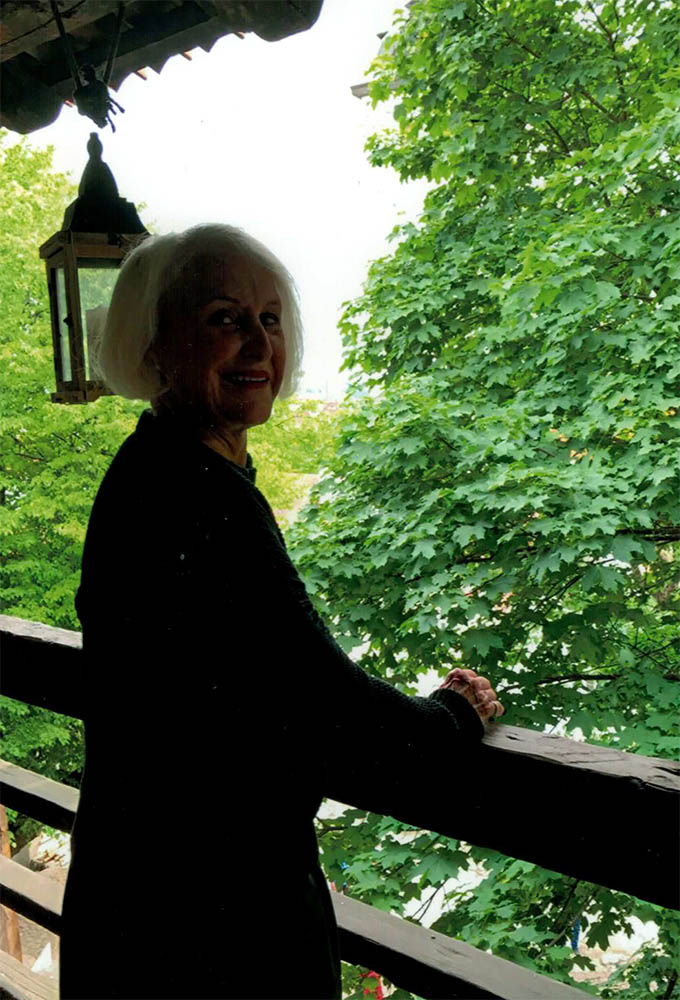 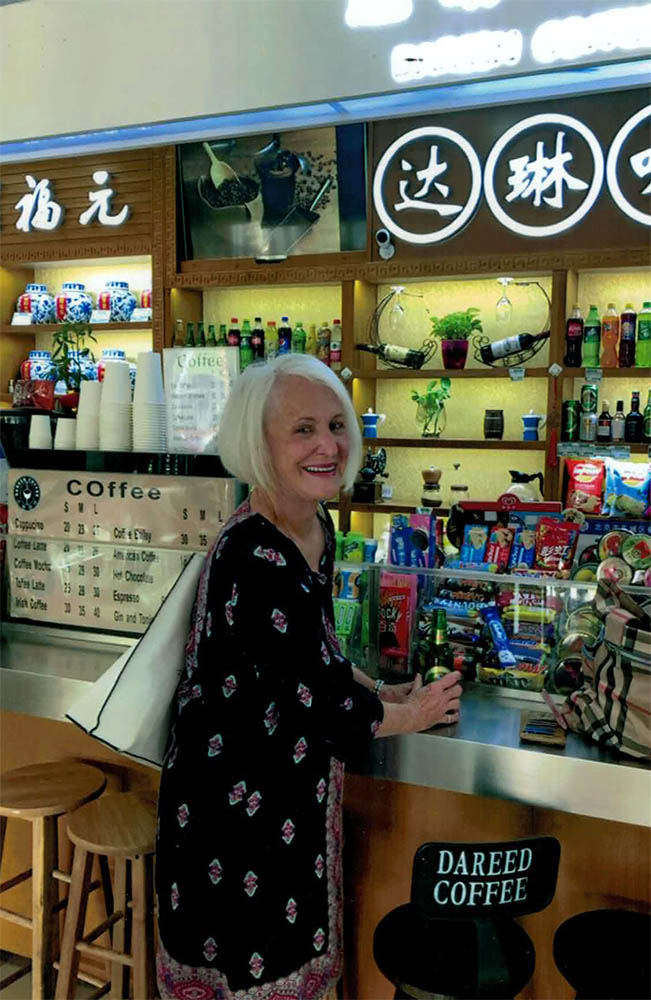 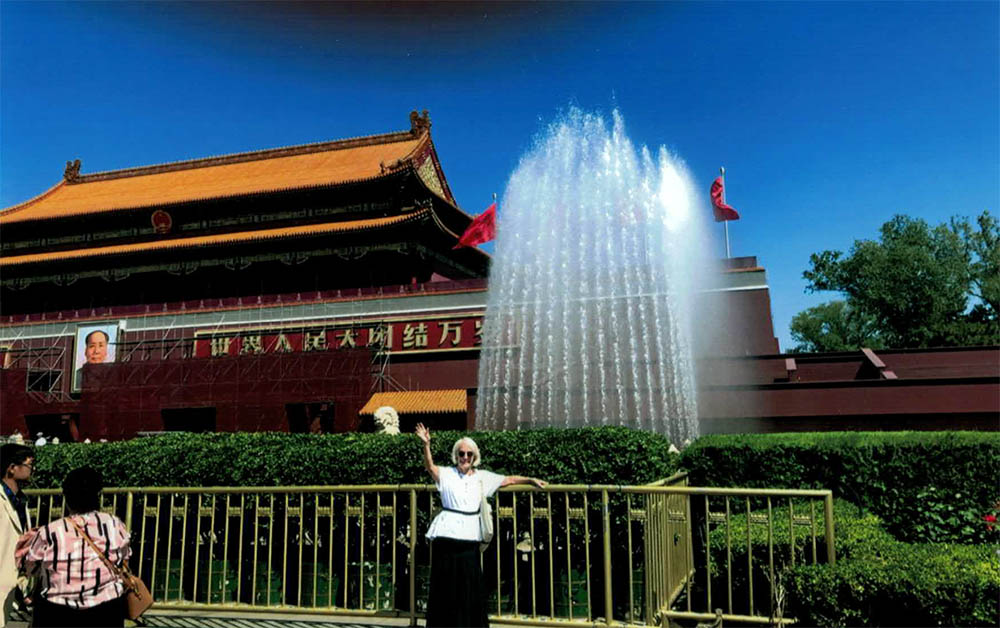 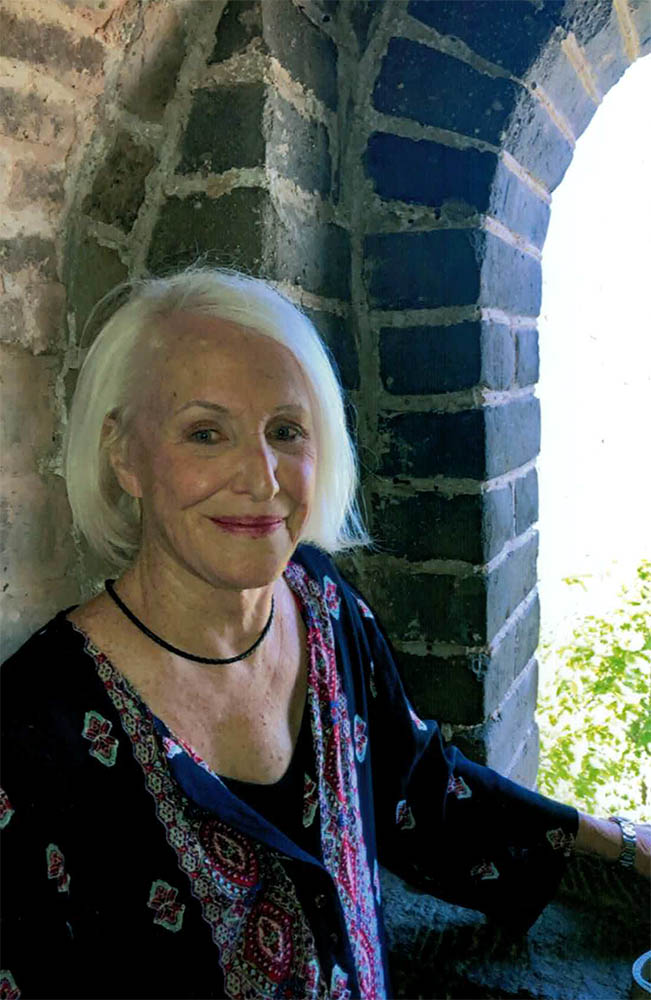 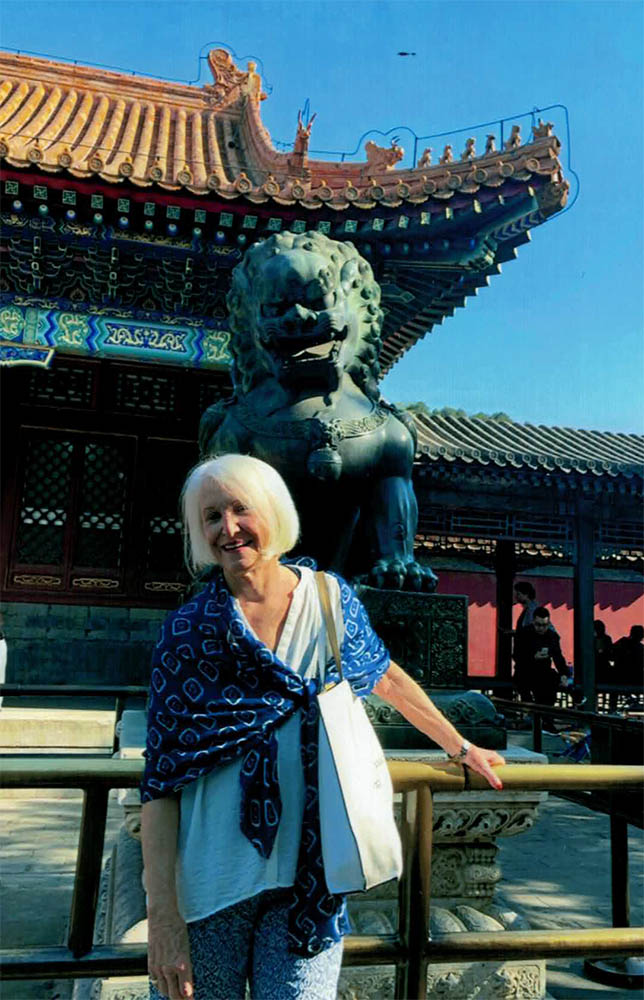 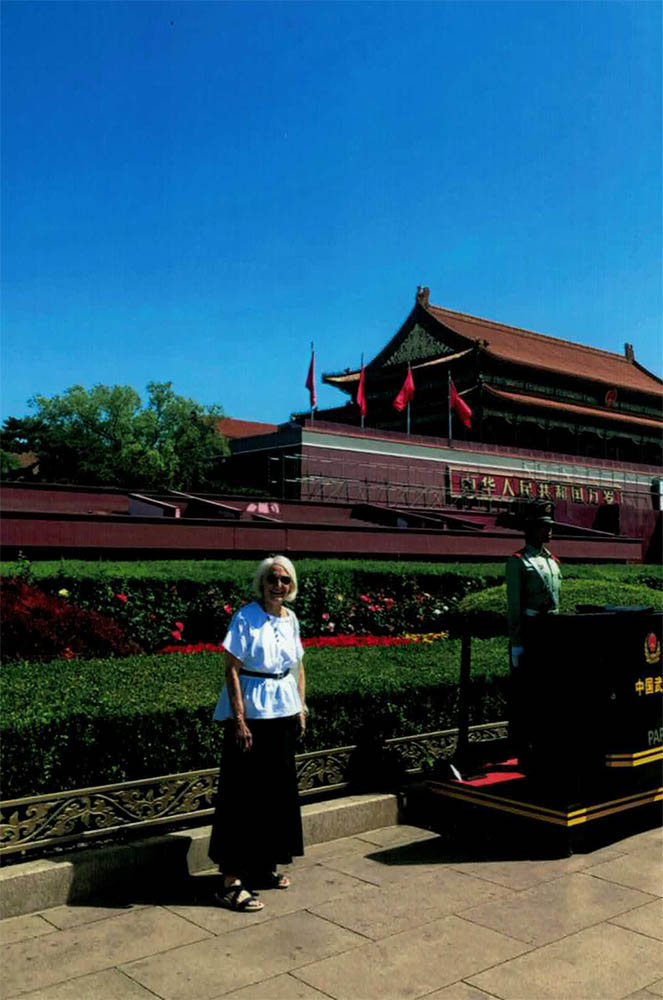 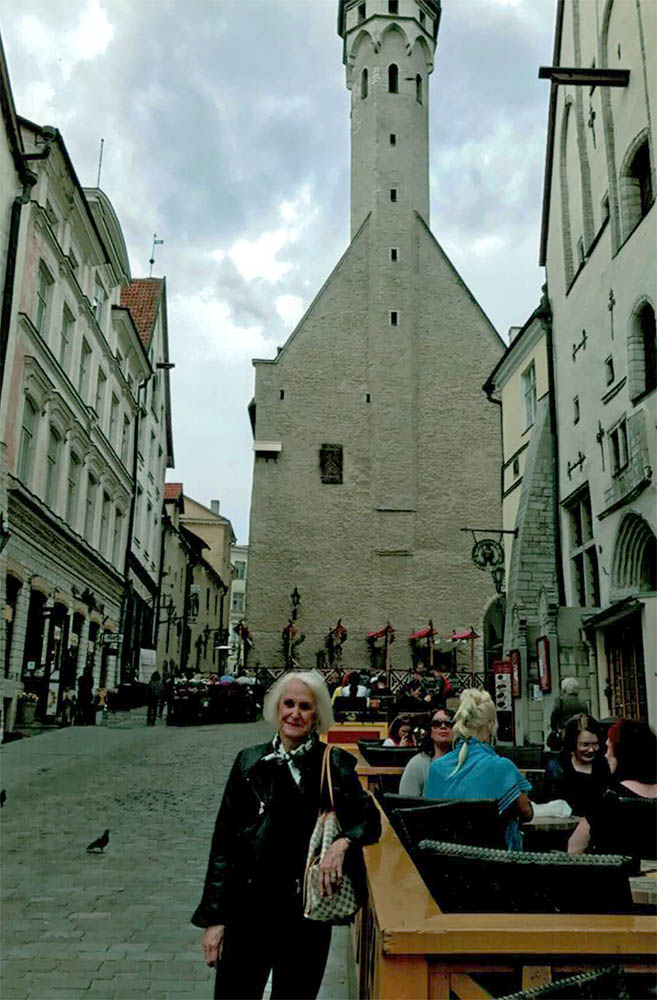 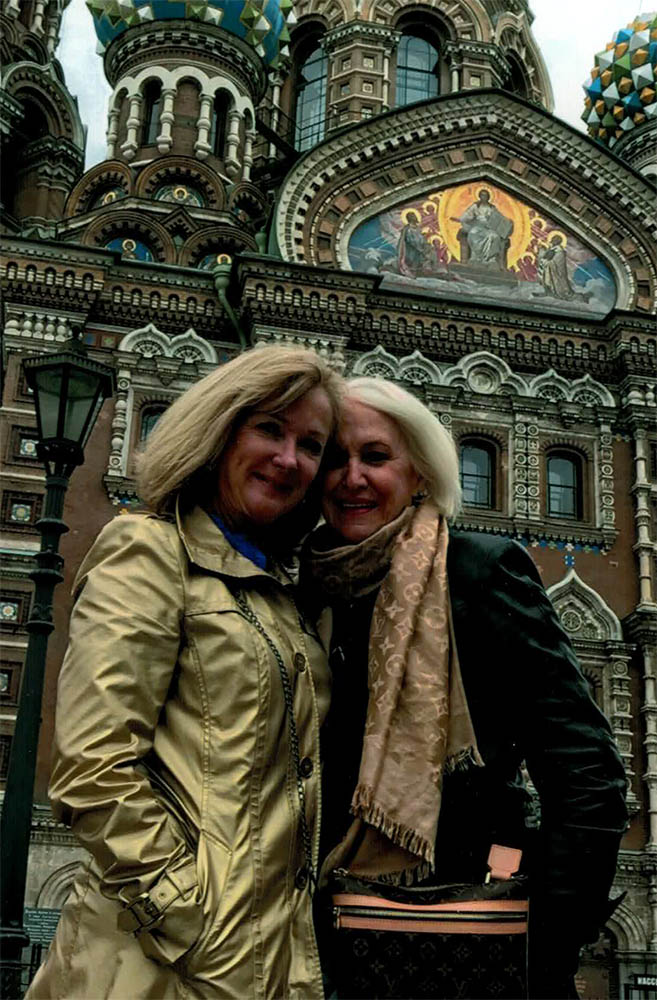